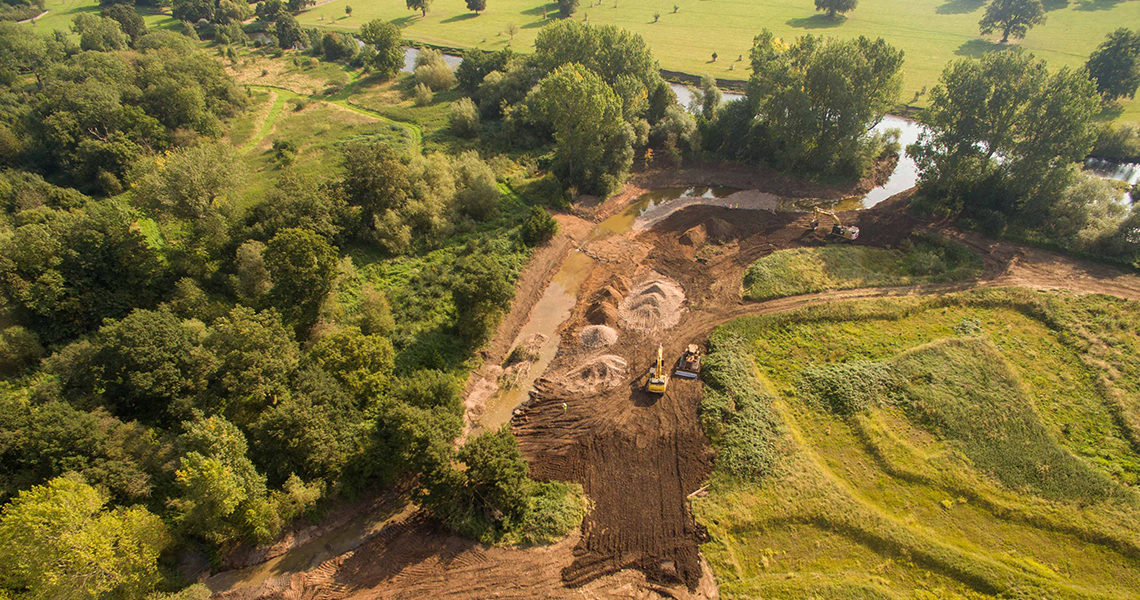 An ambitious river restoration project; one of the largest river island reinstatement projects so far in the UK has been completed by contractors working on behalf of Staffordshire Wildlife Trust as part of the Transforming the Trent Valley Landscape Partnership Scheme.

The restoration works undertaken in September 2020 have reinstated a seven-hectare river island by restoring a palaeochannel to the west of the River Trent at Cherry Holme, located between Catton Estate and Barton Quarry.

The main aim of the project was to create and diversify habitat along the River Trent both in the channel and on the island itself.

The restored palaeochannel includes features which would be present along a natural channel but are largely missing on the River Trent due to a long history of dredging, straightening and over management. These features include deeper pools and shallower, faster-flowing riffles which are essential habitats for fish, invertebrates, and plants.

Riffles are particularly important for species of invertebrate such as caddisfly, stonefly and mayfly that can cling onto the channel bed cobbles to feed on algae and other plant material, whilst also using the cobbles to hide under. Elsewhere, pools provide deeper, slower flowing areas of water, providing a refuge for fish including the critically endangered European eel, that are able to shelter from predators here. The slower flow also means that organic matter can settle at the bottom of these pools creating a great food source for river wildlife.

The channel features have been created using gravels and cobbles kindly donated by Hanson. The excavated soil from the newly formed channel has been used to create approximately 0.6 ha of reed bed habitat in an adjacent lake.

Other features incorporated into the new channel include woody debris, bars and backwaters where vegetation will be able to establish creating many microhabitats. A channel like this can support a large range of aquatic species and will make for a much healthier and balanced ecosystem. It will also improve connectivity to the river island itself, helping to increase the area of wet woodland on the island; a priority habitat, much of which has been lost over the last century.

Aside from the biodiversity benefits, the new channel will help to alleviate flooding by reducing pressure on Catton Hall and the surrounding land.

Transforming the Trent Valley and Staffordshire Wildlife Trust would like to thank our partners and funders Hanson, ESIF, Tarmac, Siemens (on behalf of Network Rail) and the Catton Estate for their contribution to this project. We would also like to thank AQUAUoS Environmental Consultancy.

A view of the Cherry Holme site showing the restoration of the palaeochannel in progress in September 2020. © Transforming the Trent Valley (Photo by FreshFX).

A view of the Cherry Holme site showing the existing restored palaeochannel and the route of the new channel that connects to the River Trent. © 2022 Transforming the Trent Valley (Photo by FreshFX). 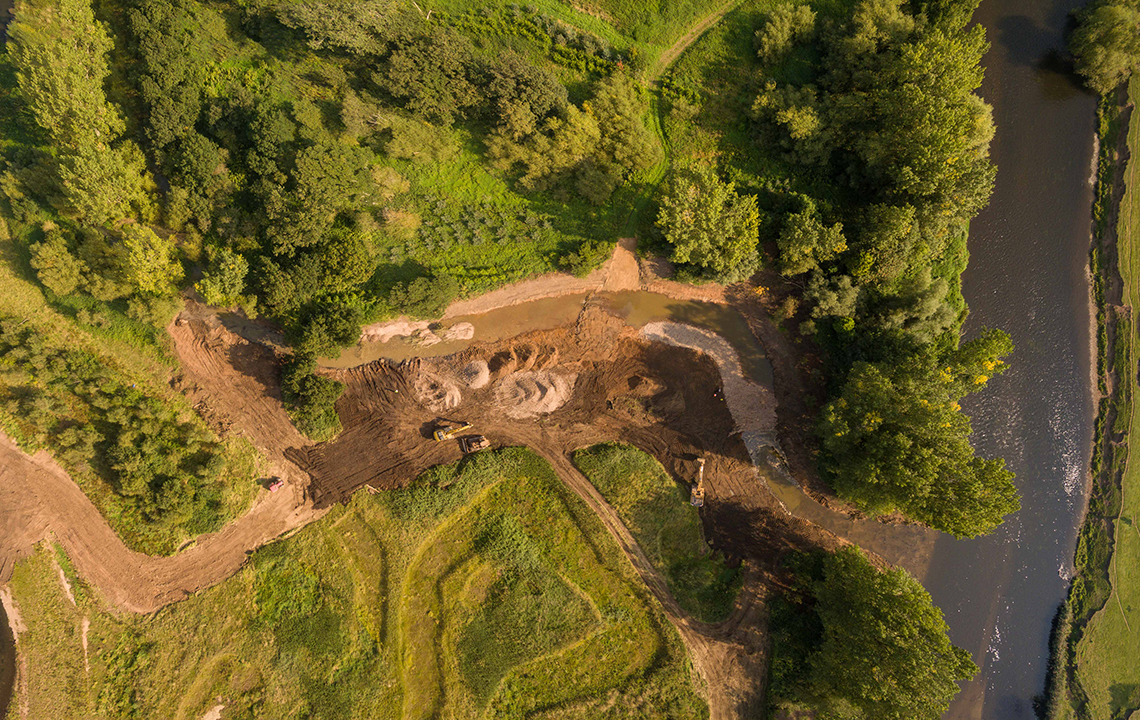 A view of the Cherry Holme site showing the restored palaeochannel immediately after being reconnected to the River Trent. © 2022 Transforming the Trent Valley (Photo by FreshFX). 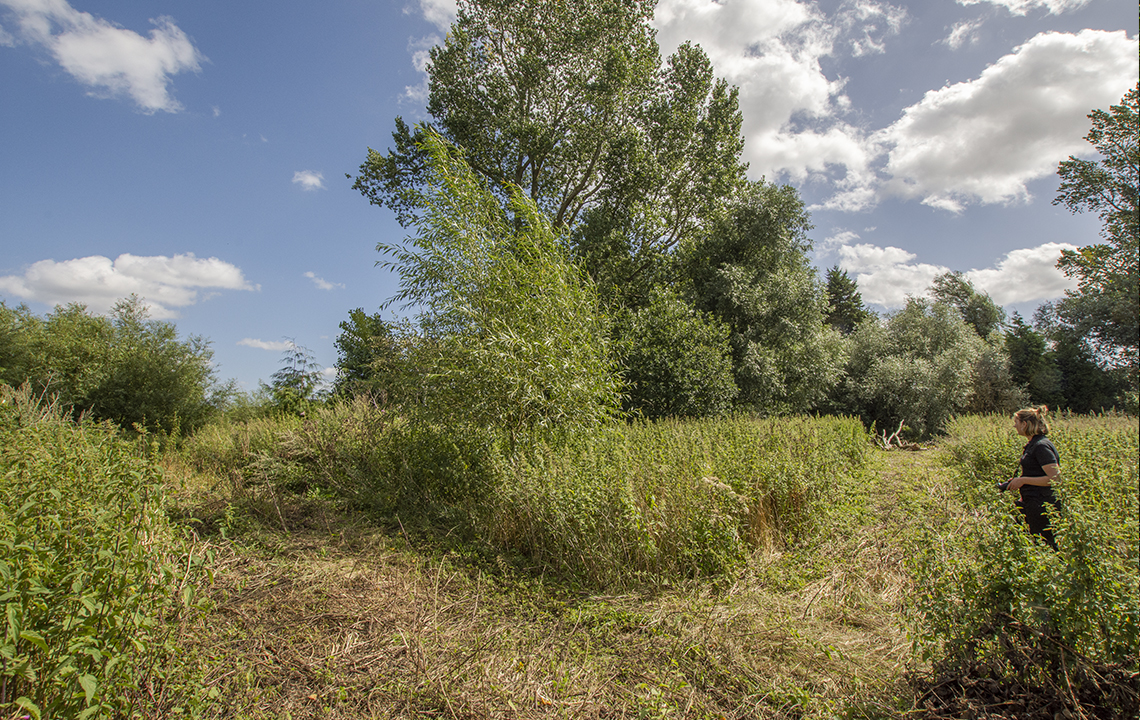 A view of the Cherry Holme. The mown areas indicate where the palaeochannel once existed prior to work begining to restore the channel. Photo © 2022 Transforming the Trent Valley (Steven Cheshire).

Many thanks to Fresh FX for providing the wonderful aerial photographs and video footage of the work undertaken at Cherry Holme.

See all the latest news and updates from the Transforming the Trent Valley by following our social media channels. 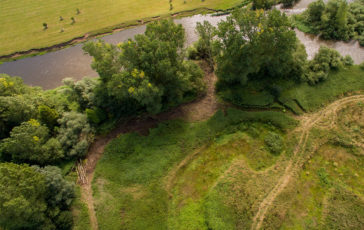 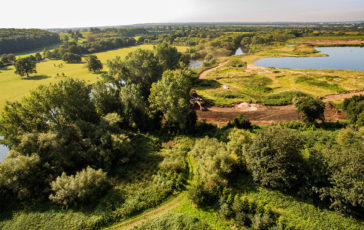 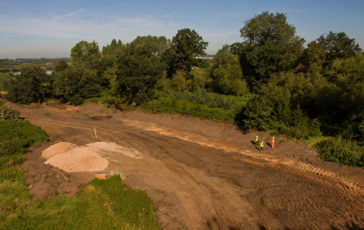 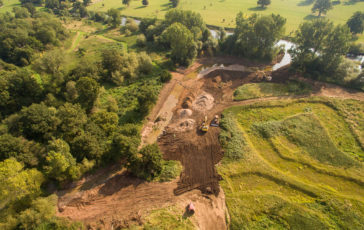 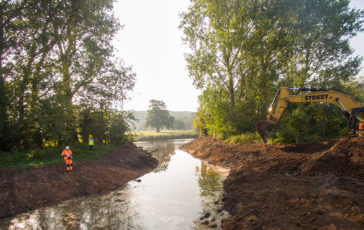 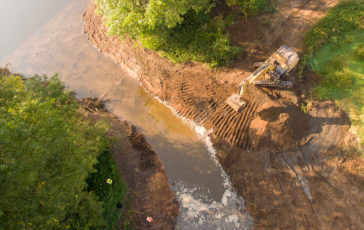 Get all the latest news from
Transforming the Trent Valley

Sign up to our free e-newsletter by entering your email in the field below.
You can unsubscribe at any time and we promise not share your details with anyone else.

Our scheme partners helping to Transform the Trent Valley